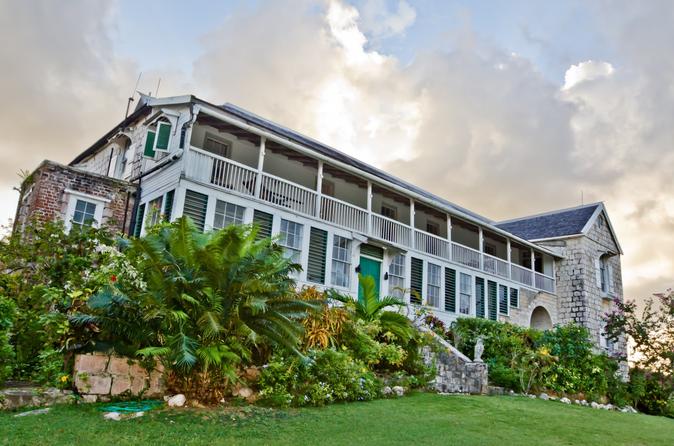 This tour takes you to tour the magnificent Greenwood Great House which was completed in the year 1800.

This sightseeing tour starts the moment you are picked up at your Montego Bay or Grand Palladium hotel by a well-trained and professional tour guide. Enjoy the coastal scenery as you make your way to the Greenwood community where you will find the Greenwood Great House.

In 1655 Hersey Barrett, an officer in the expedition commanded by Admiral Penn and General Venables, was sent by Cromwell's parliament to capture Hispaniola from the Spanish. It proved to be too strongly held so they took the easier prize of Jamaica. Hersey Barrett was granted lands in Jamaica and settled on the island. Unlike many of the original settlers the Barretts prospered and by the middle of the eighteenth century had become immensely wealthy, owning over 84,000 acres of land and over 2,000 slaves. When Edward went to live in England in 1795 accompanied by his brother Samuel and his sister Sarah (Pinkie), his cousin Richard Barrett remained firmly attached to Jamaica, becoming Speaker of the House of Assembly, Custos of the parish of St. James and a judge among other things.

Construction on Greenwood Great House commenced in 1780 and the house was completed by 1800 -- it was mainly used for entertainment. Today it is undoubtedly the most original structures left behind by the British with original furniture including a piano which was owned by King Edward the 7th and a Polyphons that still plays.

This tour takes you to tour the magnificent Greenwood Great House which was completed in the year 1800.